VICENTE. THE MYTH IN LISBON 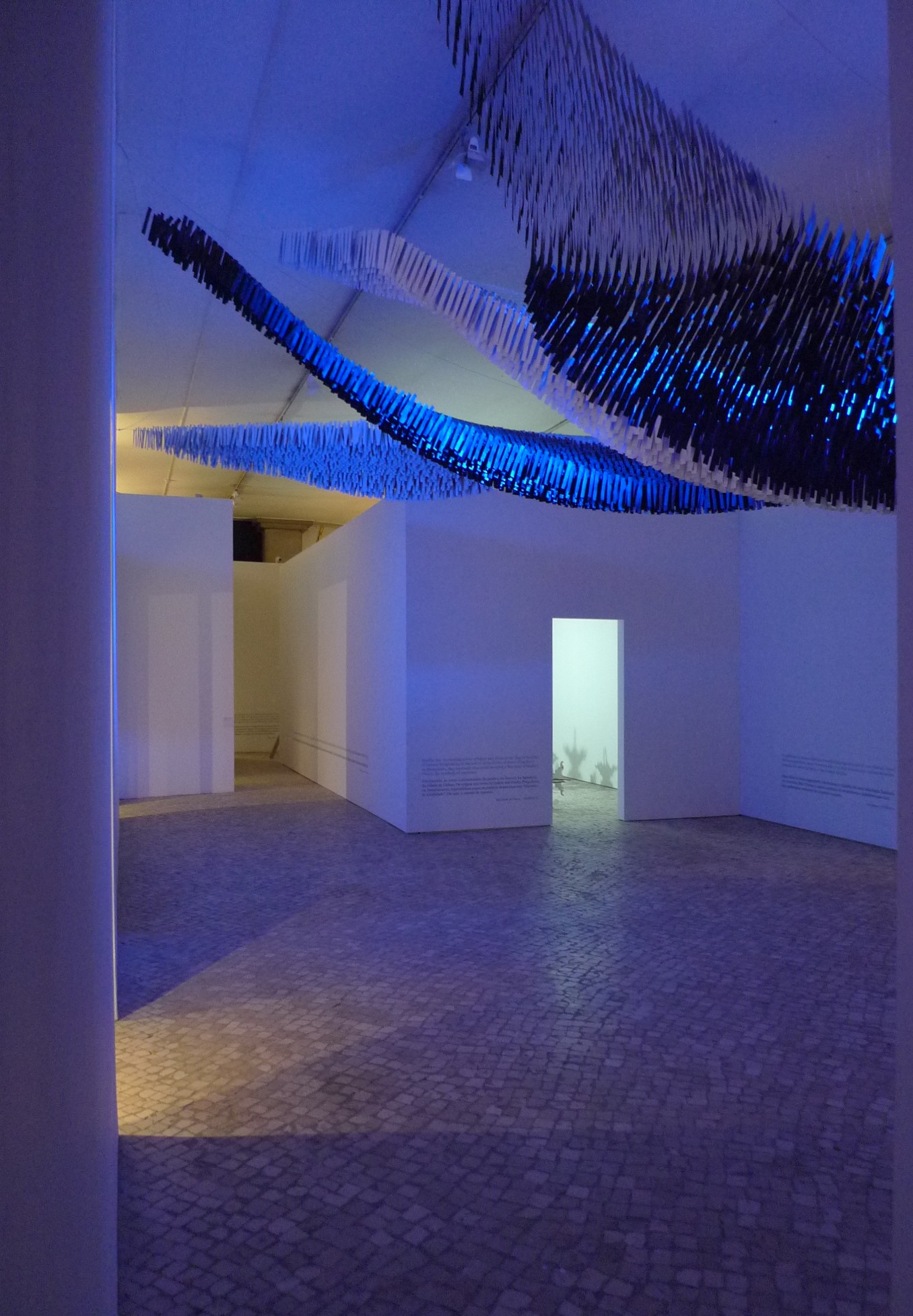 VICENTE – the cultural Project that Travessa da Ermida realized in Belém (Lisbon) between 2011 and 2018 – fulfilled the aim to promote the contemporanization of the myth of Saint Vincent. In this exhibition – VICENTE. THE MYTH IN LISBON – what is shown are the Project’s relics: artworks, audiovisual documentation and printed publications, in dialogue with a section dedicated to the Saint consisting of original pieces owned by the Museum and reproductions which belong to the collective memory.

Saint Vincent is a historical figure – a Christian martyr – and the hero of a Medieval myth. The legend of Saint Vincent and the Crows is linked to the city of Lisbon in a crucial moment of its affirmation as the capital of the kingdom of Portugal. The mythography of Saint Vincent is by all means a window to Medieval Wonder, and no less a portal to cultural archetypes which are literally lost in the nights of time. To pose questions about all this is one way to engage the public about what’s at stake. About such questions, many researchers in various fields – from History to Archeology, from Religion to Philosophy – shared their opinions, and these would become invitations to dive into the mysteries of the Mediterranean myth.

VICENTE. THE MYTH IN LISBON transformed the Black Pavillion in Palácio Pimenta into a ‘city’ with eight ‘chapels’ [ermidas], connected by narrow streets [travessas], all working out as an immersive labyrinth, prolonged to the exterior by means of the interventions outside. The artistic vision reconfigures the sense of the canonical narrative. The exhibition’s discourse is complemented by quotes taken from the book Vicente. Símbolo de Lisboa. Mito Contemporâneo[Vicente. Symbol of Lisbon. Contemporary Myth] (Theya Publishers), of which this event has been the companion.

Author António de Castro Caeiro sums it up: Each one of us is a symbol of the martyr. Art has a role in this reconnective narrative. But not all or any art. We need an art particularly attentive to the places that Humans create in order to have where to appear as they are. 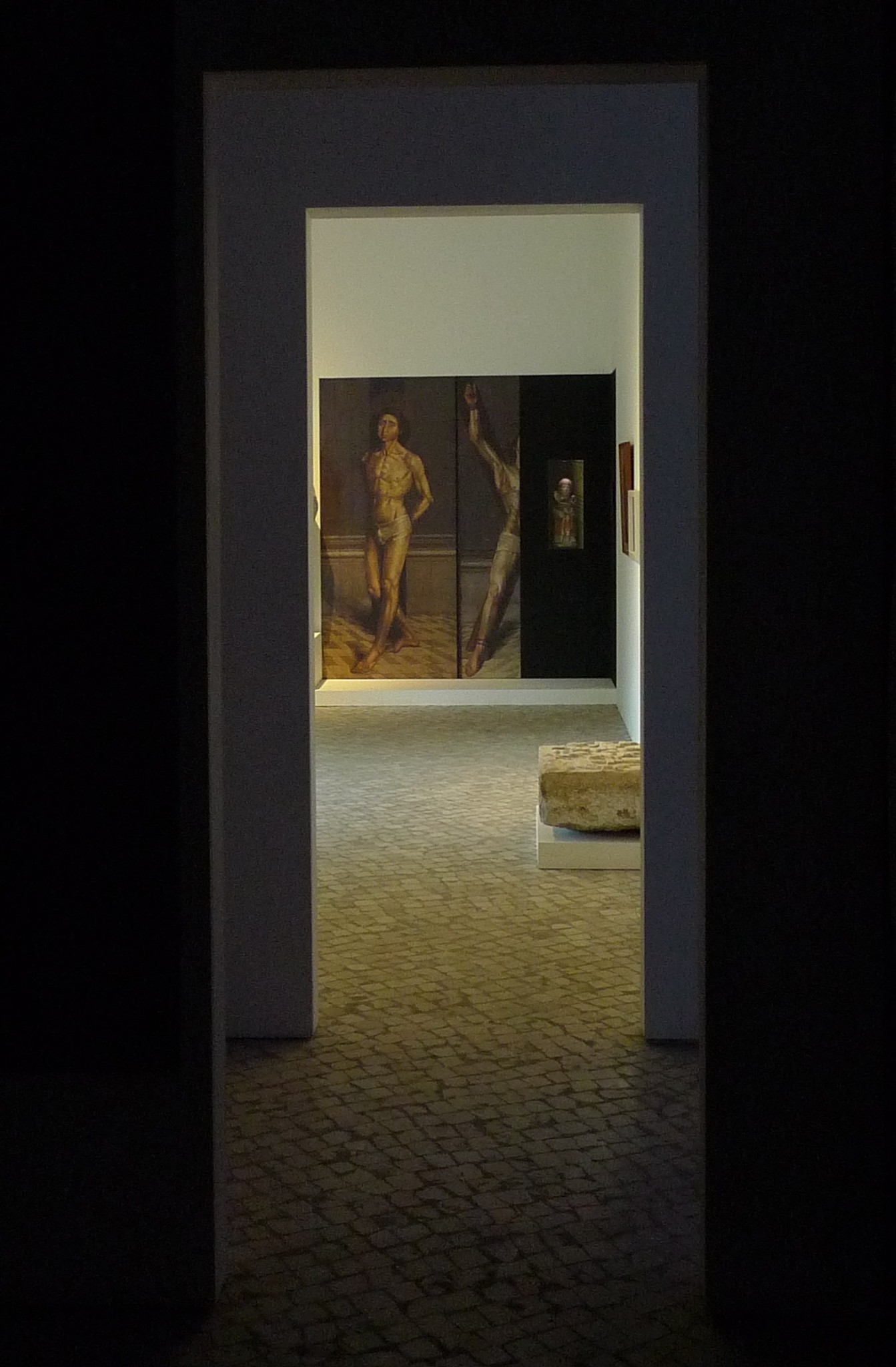 The exhibition’s main goal has been to showcase the multifarious aspects of the Vincentian narrative and the capital city’s founding myth. The exhibition features CLAN’s architectural work, by means of which the participating artists’ installations and interventions became dynamic and lived elements of a highly dense and complex translocal narrative, and at the same time a multivocal and anachronic experience of Saint Vincent’s symbology. 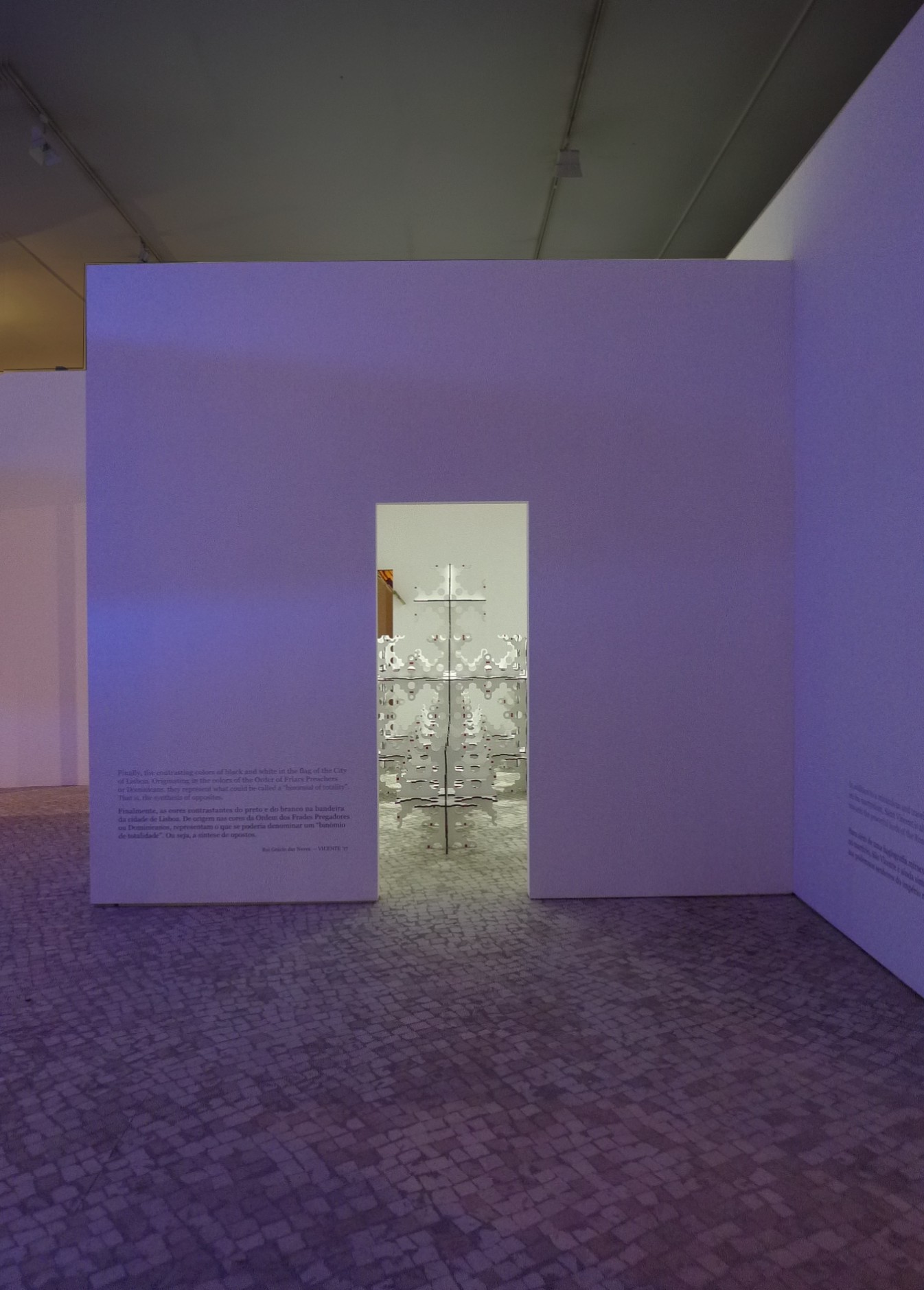 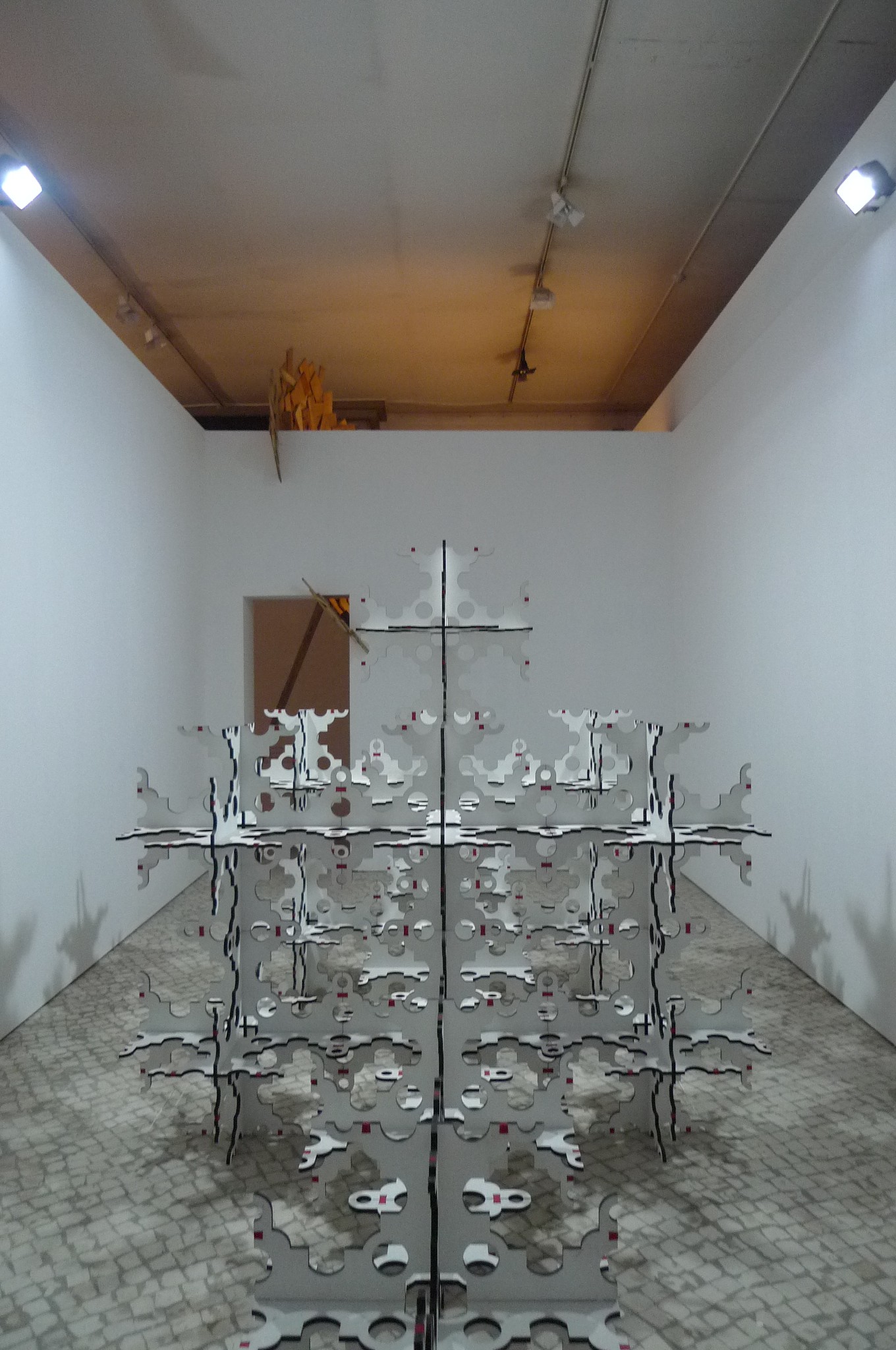 The exhibition also showcased the work of many other artists who participated in the VICENTE books produced between 2011 and 2017: Isabel Baraona, João Pombeiro, Pedro Penilo, José Eduardo Rocha, João Fonte Santa, Marta Soares, among others. 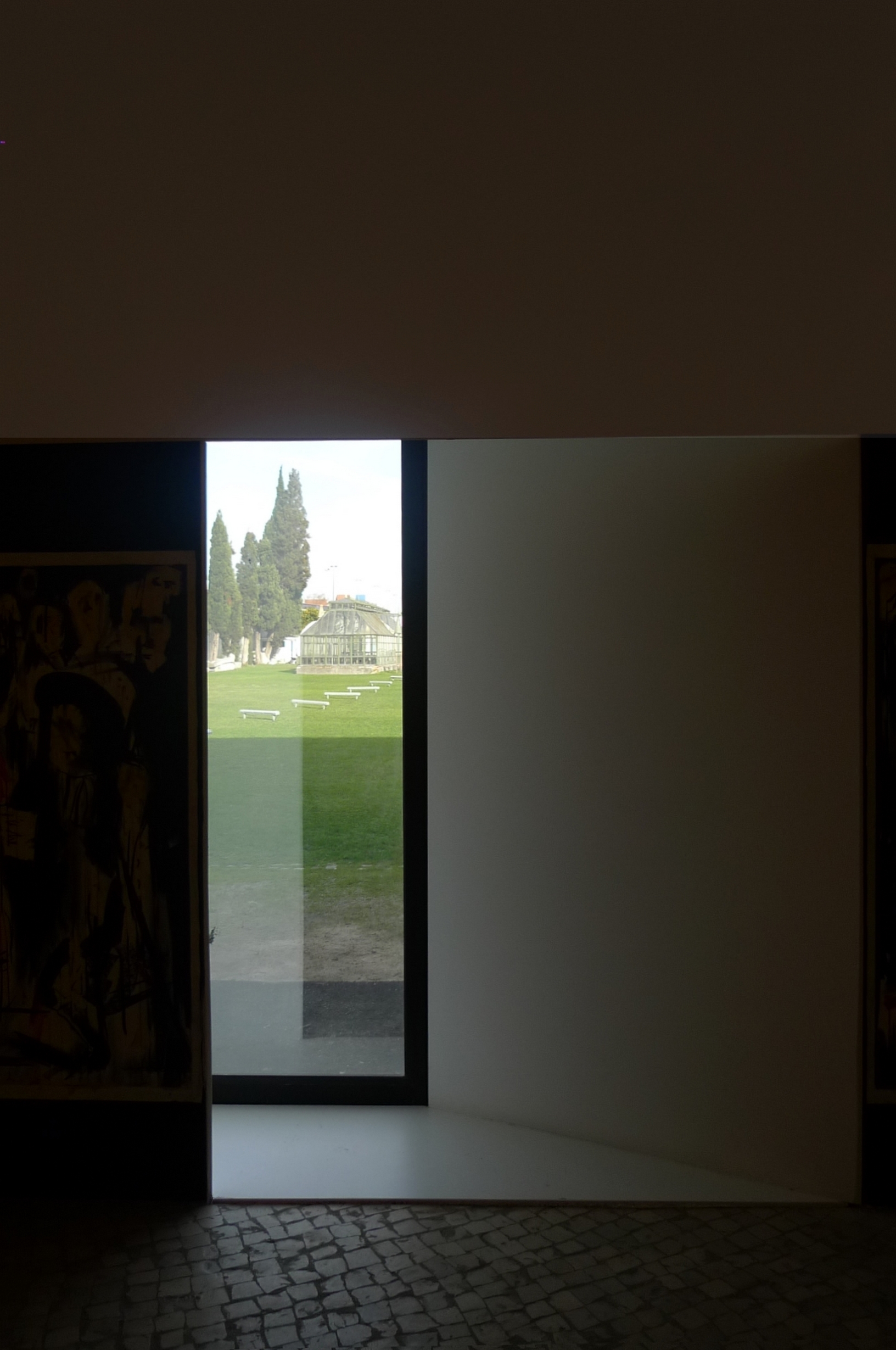 The book VICENTE. Símbolo de Lisboa. Mito Contemporâneo (Theya Editores), conceived as a textual and theoretical companion of the show, gathers in its 480 pages essays by a range of writers who accepted the challenge to relate the myths around Saint Vincent to the present time. Between exhibition and book, a whole cultural sensibility is performed, in a never-seen experiment of artistic citizenship. 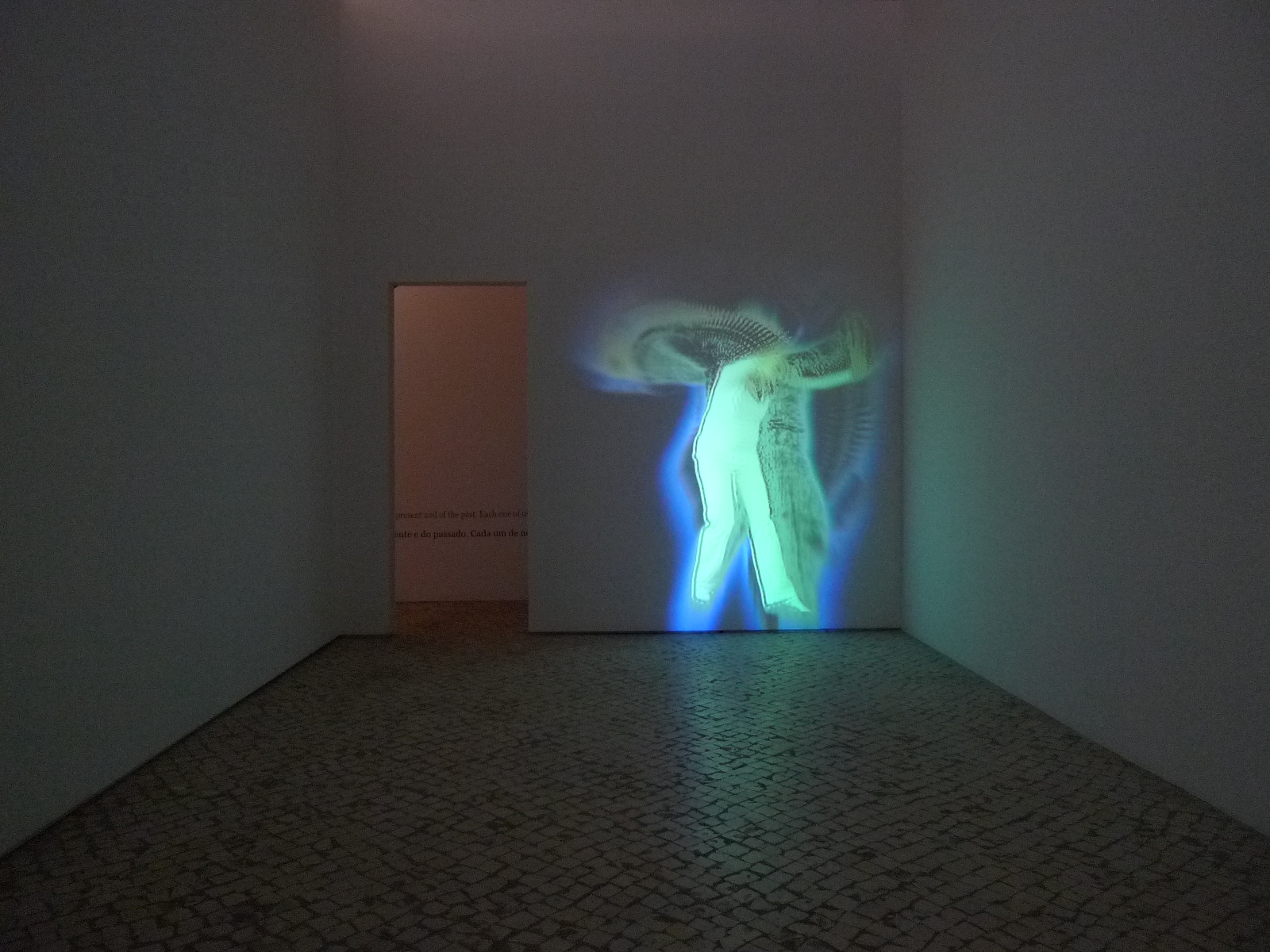 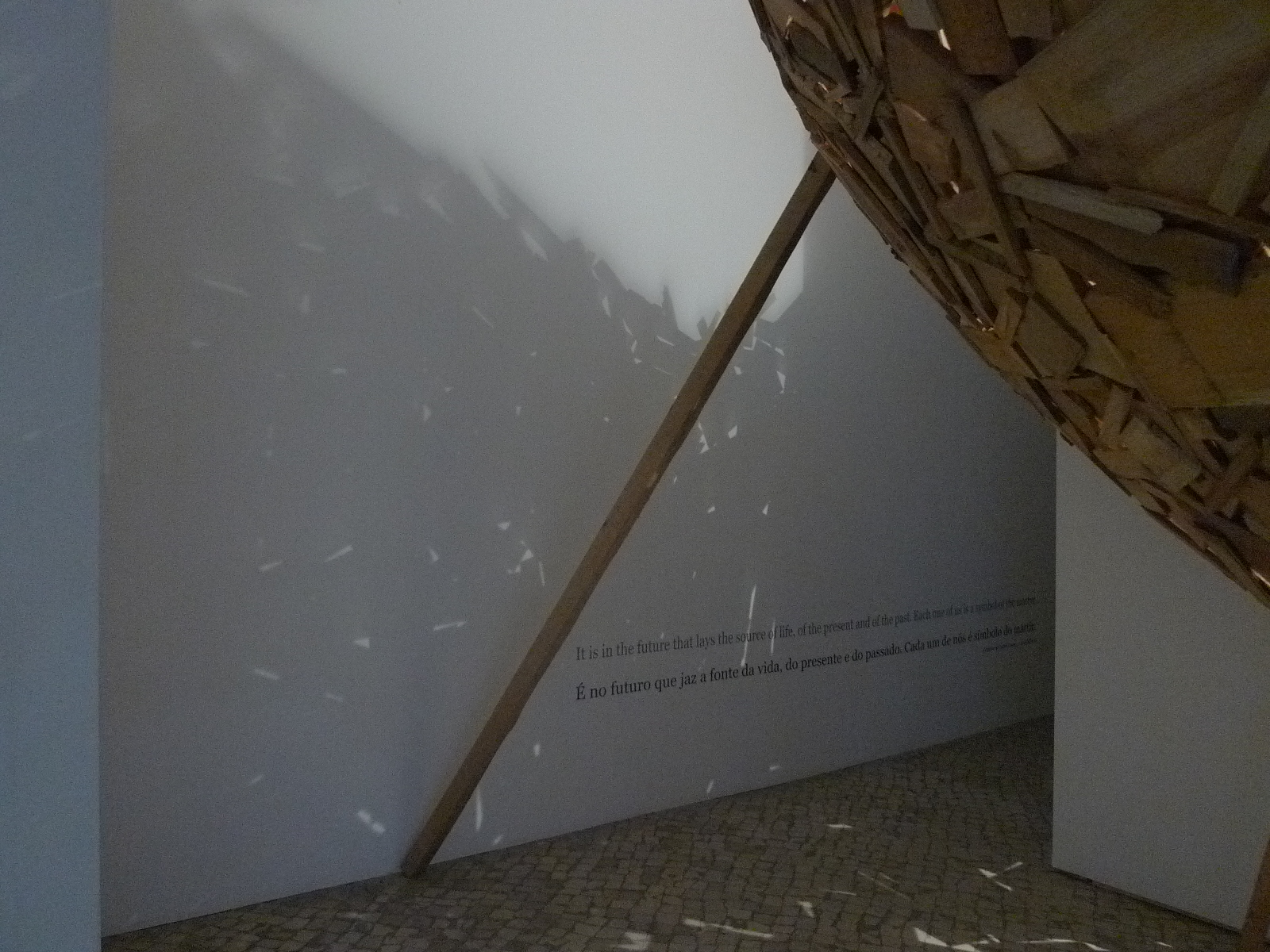 Besides the workshops and guided tours, an intense programme of talks was held, allowing the public to meet several of the authors and artists. Below the full list of Conferences and participants. Ana Ferrão, Madalena Folgado and Pedro Teixeira da Mota were the moderators.

Relics. On the Body (on Fragment) and Totality

Narrative(s). On the Legend and its tradition between cultures

Space(s). Creation and the city, urb and citizenship 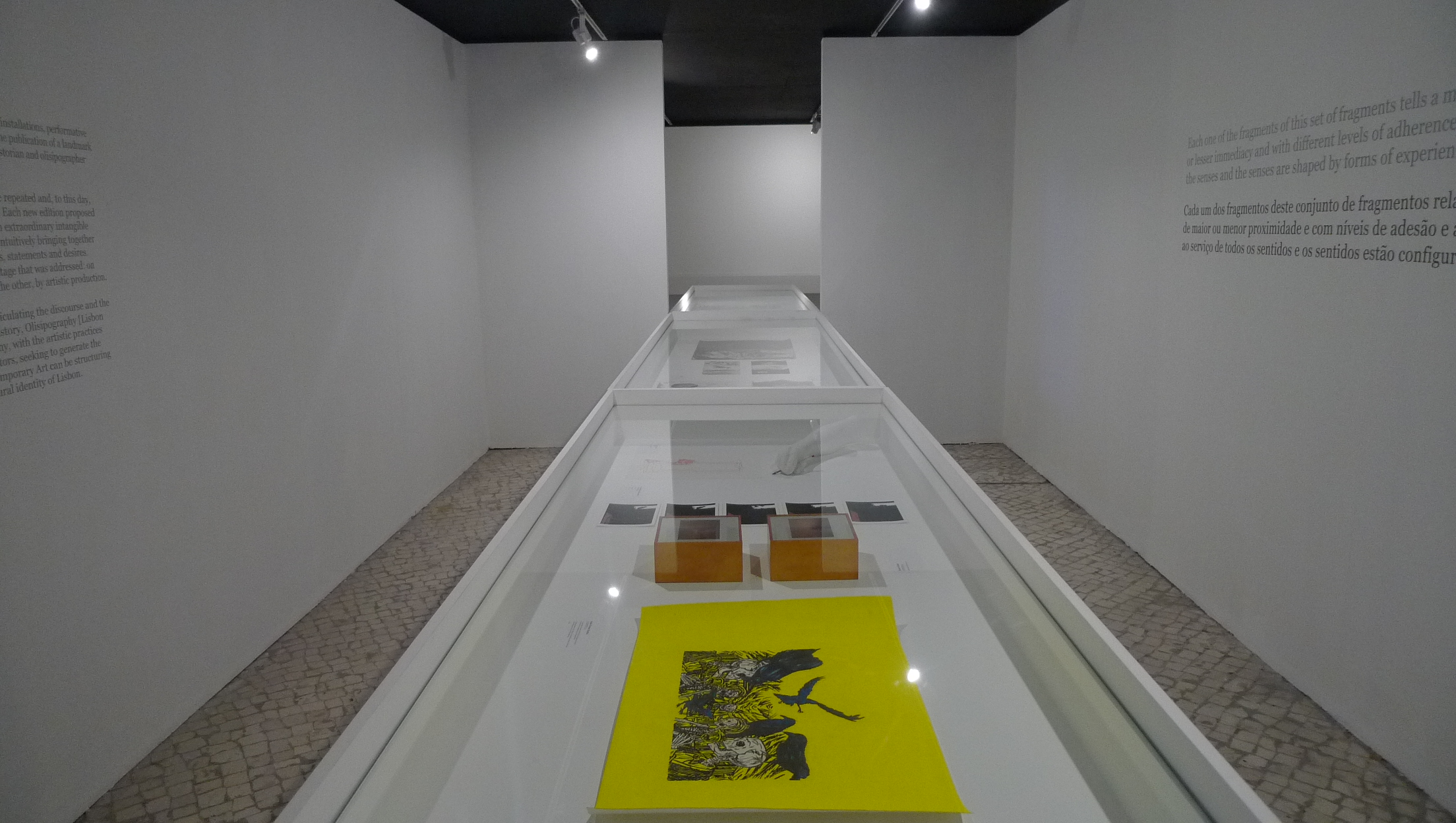 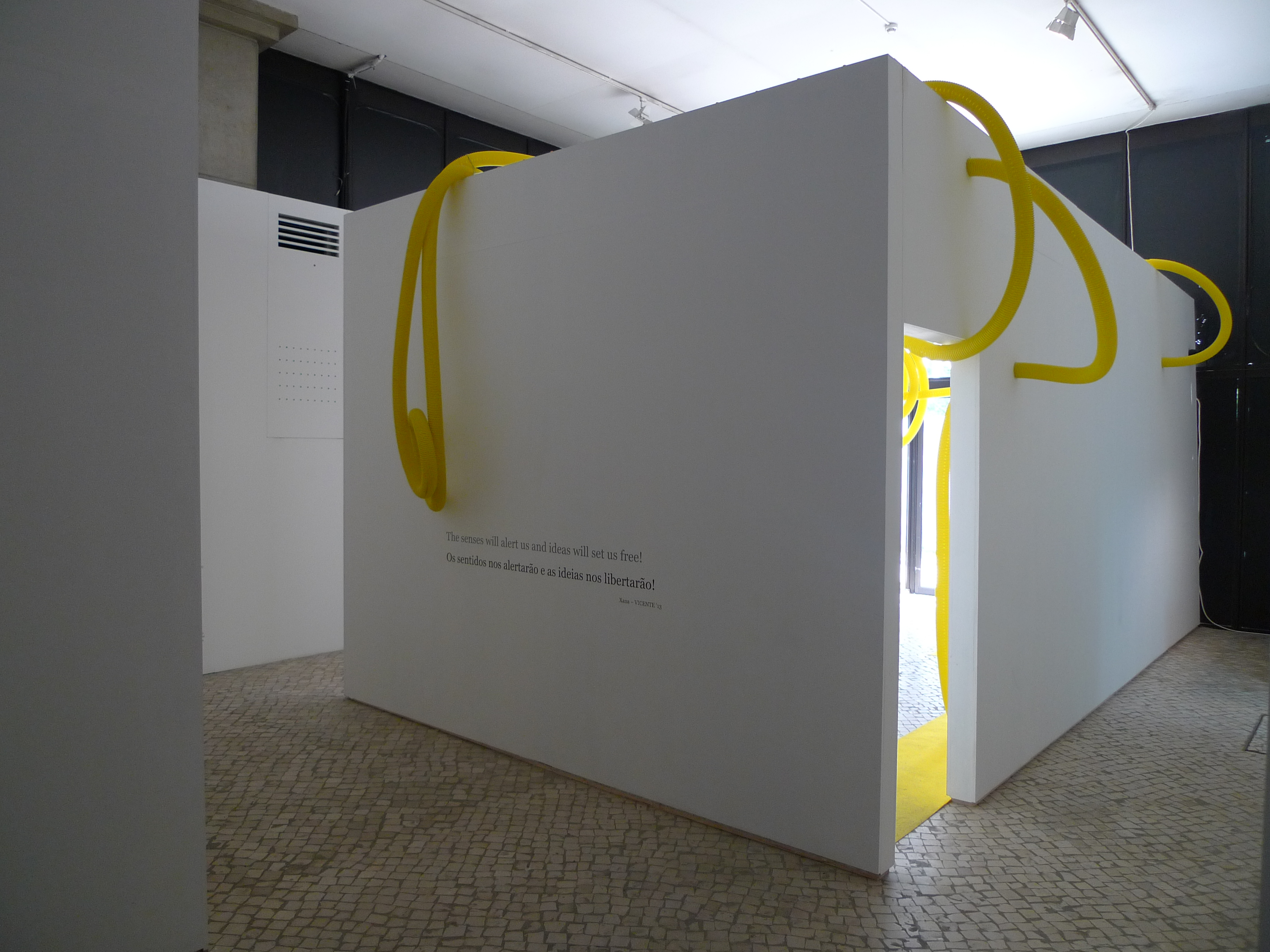 For the most curious, see below the phrases scattered in the exhibition space. For the complete colophon, scroll down.

On the first night that Vincent’s body lay in Lisbon, he chose to rest in the church of the martyrs Justa and Rufina. In that same night, there are no records of flurries in the other silent houses where Vicente was eternally asleep. Nothing extraordinary has happened in the sleep of his whole body in Paris or in Metz, in the monastery of Saint Vincent of Volturno or in Cortona, in Castres or even in the rock of Monemvasia. Even the arm of the martyr who was in Bari remained immobile and indifferent to the arrival of the body in Lisbon. In the future Portuguese capital, however, the arrival of Saint Vincent generated stirring. The events that took place on the morning of September 1173 would change forever the way the city sky has come to be understood.

Saint Vincent, the saint and patron of Lisbon, is an historical personage and the hero of a medieval myth that is deeply connected to the city’s crucial moment of assertion as the capital of the Kingdom of Portugal. The profound lack of knowledge about its importance for the identity of Lisbon, both yesterday and today, has motivated this exhibition.

The mythography of Saint Vincent is a window to the medieval marvellous, but no less a portal for cultural archetypes that are lost darkness of night time. Today, many of the  issues and problems that it touches matters or implies are on the agenda of contemporary citizenship. They are part of a Mythical Public Space.

VICENTE. The Myth in Lisbon is an exhibition dedicated to the topicality of the myth of St. Vincent, the saint,patron of Lisbon. It brings together a broad variety of objects and artistic languages, inside the Black Pavilion of the Lisbon’s Museum, an immersive experience that extends itself to the exterior spaces of the Pimenta Palace. Moments of great symbolic meaning are provided to the visitors. A Mythical Public Space.

The show summarizes eight years of research and artistic and cultural production in the framework of the annual VICENTE initiative, proposed by the Project Travessa da Ermida in 2011 and which since its first edition integrated the program ‘Lisboa na Rua / Com’Out Lisbon’ of EGEAC [Empresa de Gestão de Equipamentos e Animação Cultural – the municipal company responsible for managing some of Lisbon’s key cultural spaces and for organising Festas de Lisboa and other street festivals]. Through an innovative approach to the fields of mythology and iconology, as well through the promotion of creation and radically restless reflection, the goal of the collection – in addition to making a beautiful present story – is to offer to the general public a closer experience of the multidimensional Vincentian narrative, which goes back to the beginning of time.

Mário Caeiro, curator of the VICENTE Project and the present exhibition

In addition to a miraculous and travelled hagiography, and to a mythology based on the martyrdom, Saint Vincent is also a symbol of resistance and insubmission towards the powerful lords of the Roman Empire.

It is in the future that lays the source of life, of the present and of the past. Each one of us is a symbol of the martyr.

To think of the fragment in an era composed entirely ofshrapnel is a paradoxical and difficult operation. But our body is, despite the saturations, interferences and erasures, the possibility that remains, the first place to try to understand the world-to-pieces.

The mystery does not have to be magnificent; it also inhabits the most ordinary everyday life.

These fragments under the designation, Vicente, open up to a possibility but are fixed for whoever finds them. And they will only be found by those who are willing to expose themselves to their event.

Finally, the contrasting colors of black and white in theflag of the City of Lisbon. Originating in the colors of the Order of Friars Preachers orDominicans, they represent what could be called a “binomial of totality”. That is, the synthesis of opposites.

The crow is the filial, solicitous, and always loyal and persevering vigilante, who is also linked to the idea of creation, of rebirth, of renewal.

The name Vincens – the victorious – is the present participle of vincere,to win. Provider of the light and of the wisdom that surrounds it, Saint Vincentassumes itself as a peculiar entity within Christianity, different fromof the other saints; he is even endowed with metamorphic virtues.

It is, therefore, the work that dictates and not the ego – what we judge to be. The separability is inherent to the judgement; to the fixed mind – and not to the eye that straps.

The senses will alert us and ideas will set us free!

VICENTE began in 2011 with a set of public art installations, performative walks around the city, a jewellery projectand the publication of a landmark edition with the notable participation of the historian and olissipographer José Sarmento de Matos.

In the following years, the model would be repeated and, to this day,always in the first weekend of September. Each new edition proposedan original angle for the reinvention of an extraordinaryintangible heritage. In fact, the process was one of intuitively bringing together an immeasurable set of facts and fictions,statements and desires. More profoundly, it was a mythical heritage that was addressed: on the one hand, by means of writing, on the other, by artistic production.

The process consisted mainly of articulating the discourse andthe ideas of experts in areas such as History, Olissipography [Lisbon Studies],Archaeology or Philosophy, with the artistic practices of national and international creators, seeking to generate the work-in-progress idea thatContemporary Art can be structuring for a wider reflection on the cultural identity of Lisbon.

2011-2013 In the first edition, in 2011, VICENTE launched the bases to explore the posterity of the Vincentian mythology, under the technical-lighting motto ‘Resonances of a Luminous Myth’. The second and third editions would multiply the ways to give life to the myth’s memory under the complementary mottoes ‘Review to believe…’ and ‘Said and redone!’. The first trilogy was then concluded, nourished by the desire for Lisbon to speak in new terms about its mythical crows and the narrative
hidden in its coat of arms.

2014-2015 Having affirmed the principles of the adventure, the fourth and fifth editions were a diptych designed to launch the problematic of our position in the world around us. Two thematic and tripartite clusters were articulated as if in a pressing problems diagram: ´Sacred, Body and Image ‘ and ‘ Nature, Temple and Abyss’. Using Vincent to rethink the value of the diversity of European culture as a dialogical opportunity, it was thus a critical potential that would be articulated in the events that would follow.

2014-2015After an extra-program moment in 2014 – the première of the «Cabaret Vincent» opera in São Luiz Municipal Theater – in 2016 and 2017 the Project approached critical theory and philosophy. The first issue raised, was that of a creative citizenship and in 2017 VICENTE would return to the mysterious Crows who motivated the concept from the beginning in order to think about our relationship with the animal.

2018.The eighth and last edition of VICENTE was dedicated to the idea of Lisbon as the anchor of infinity. The series culminated with the notion of the Whole, projected precisely from the place: Belém, Lisbon, Portugal… Europe, the World, the Universe. The book Vicente. Símbolo de Lisboa. Mito Contemporâneo[Vincent. Symbol of Lisbon. Contemporary Myth] would be presented at the Archaeological Museum of Carmo.

Mário Caeiro, curator of the VINCENT Project and commissary of the exhibition 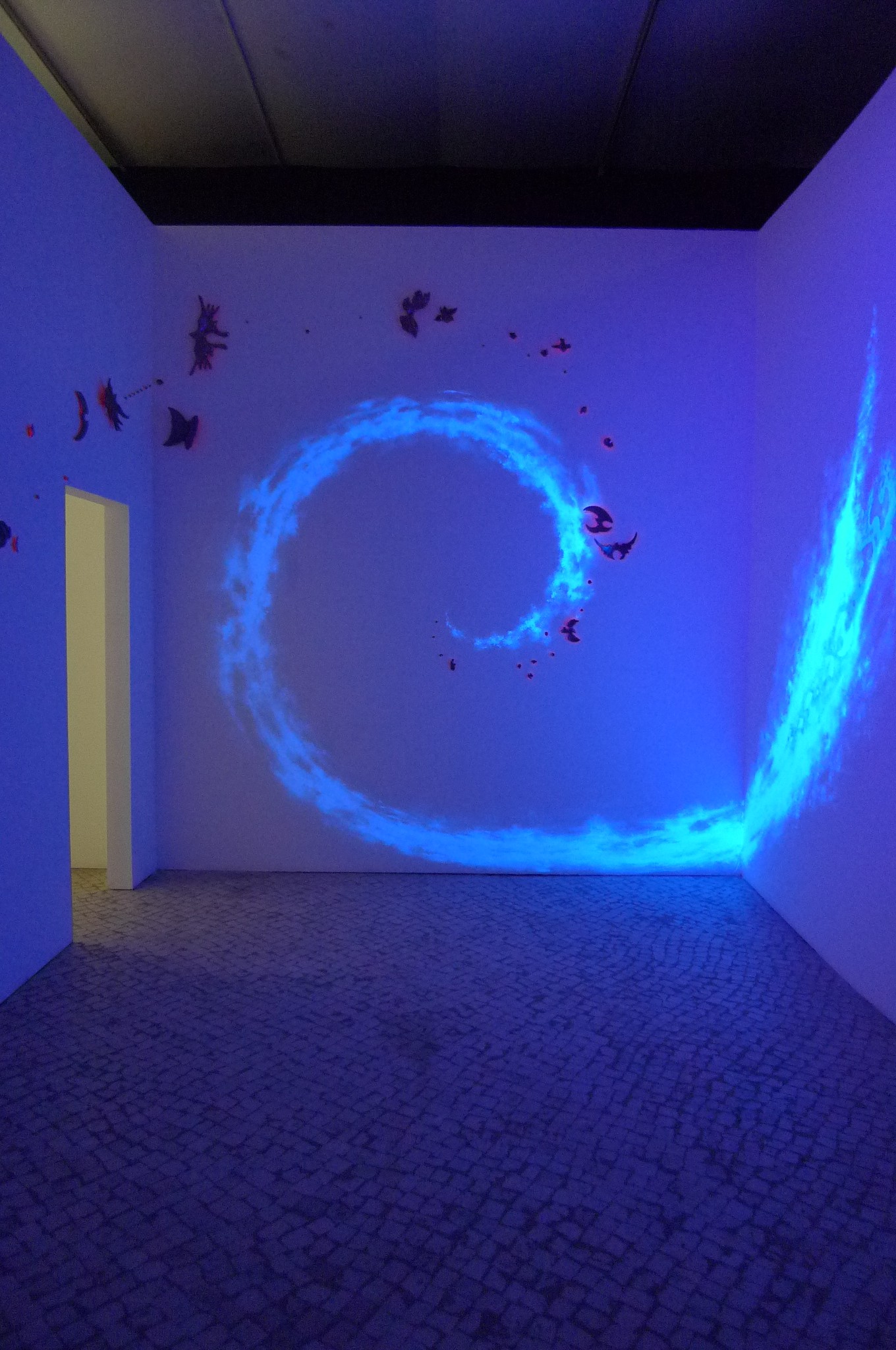 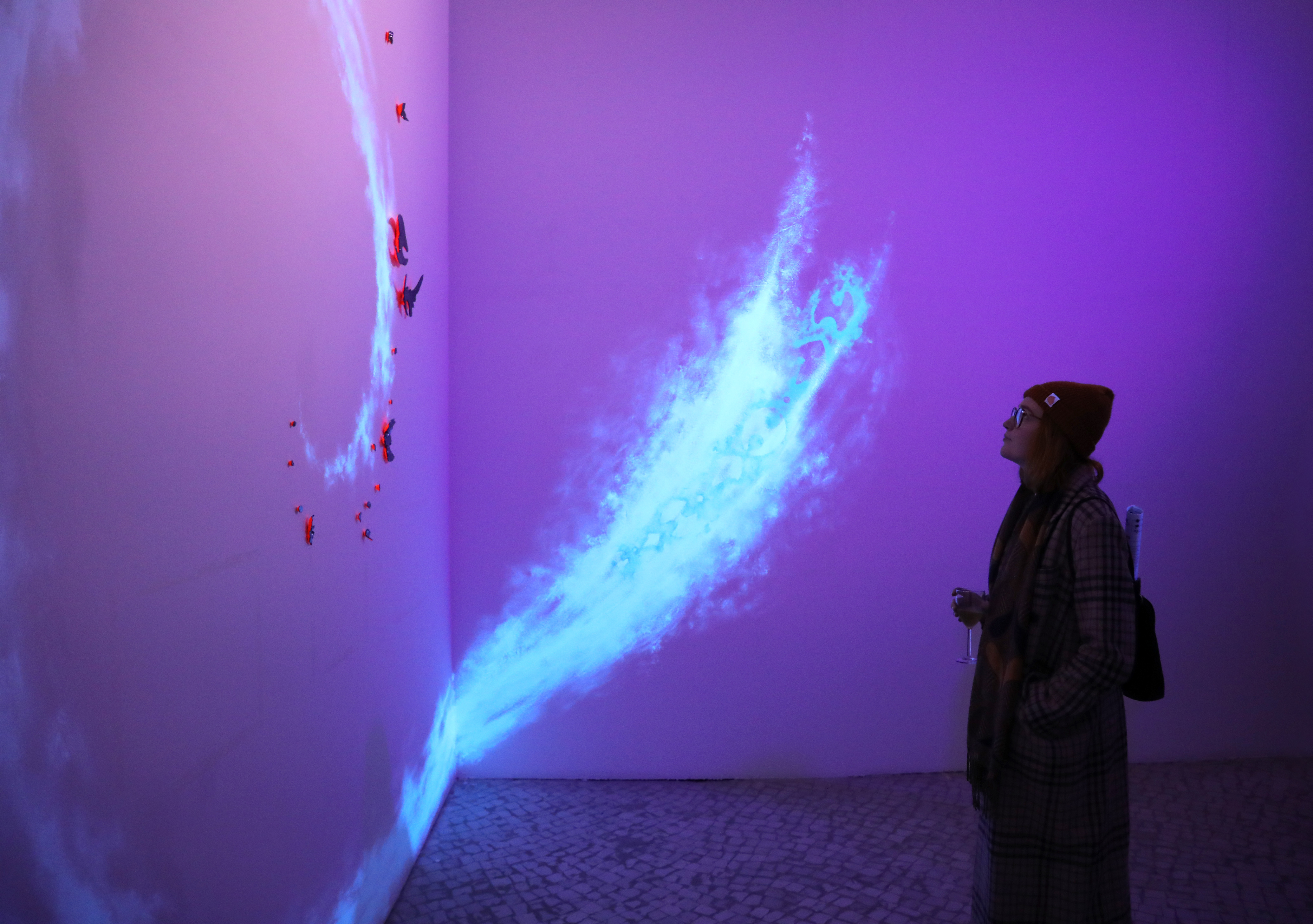 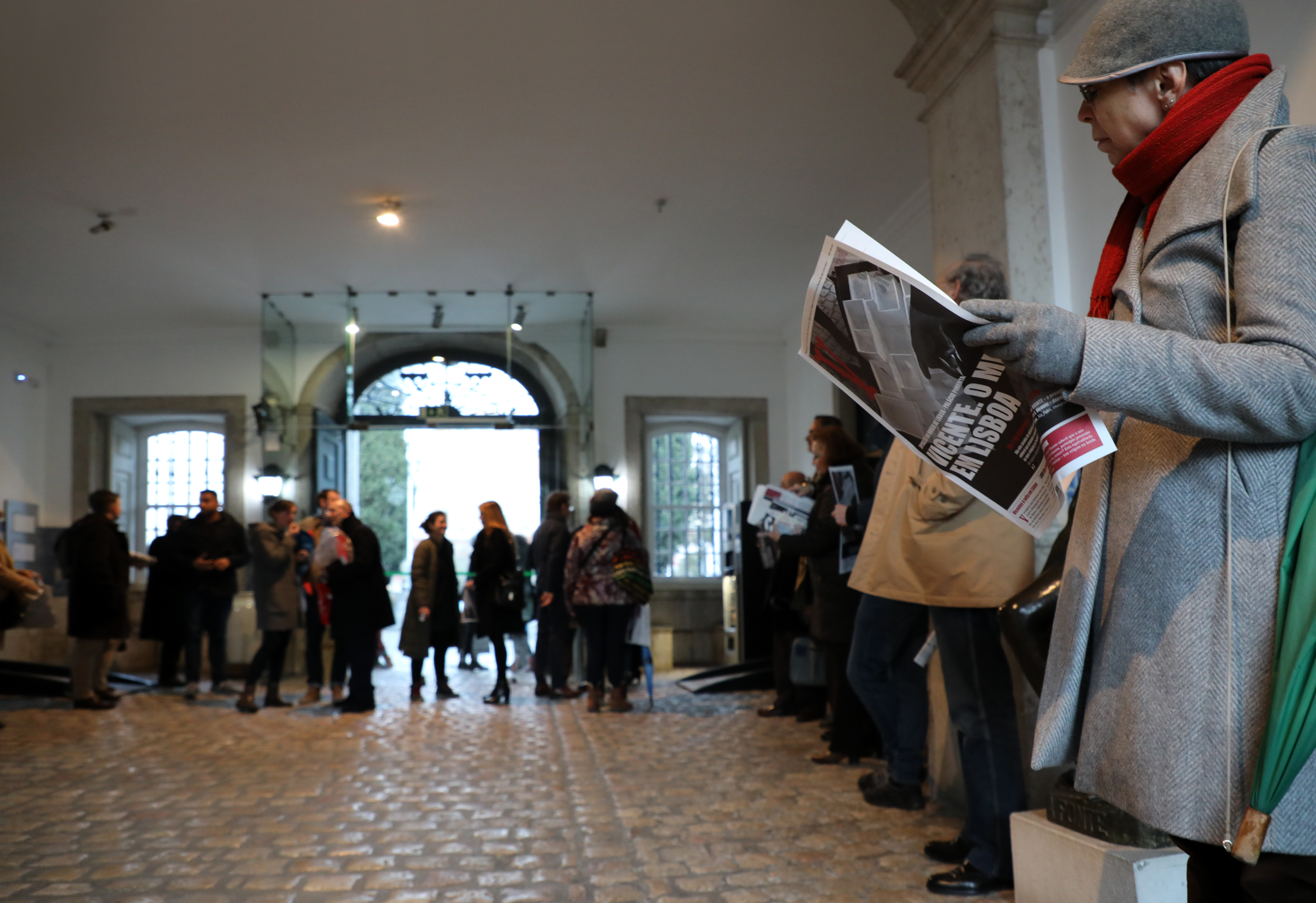 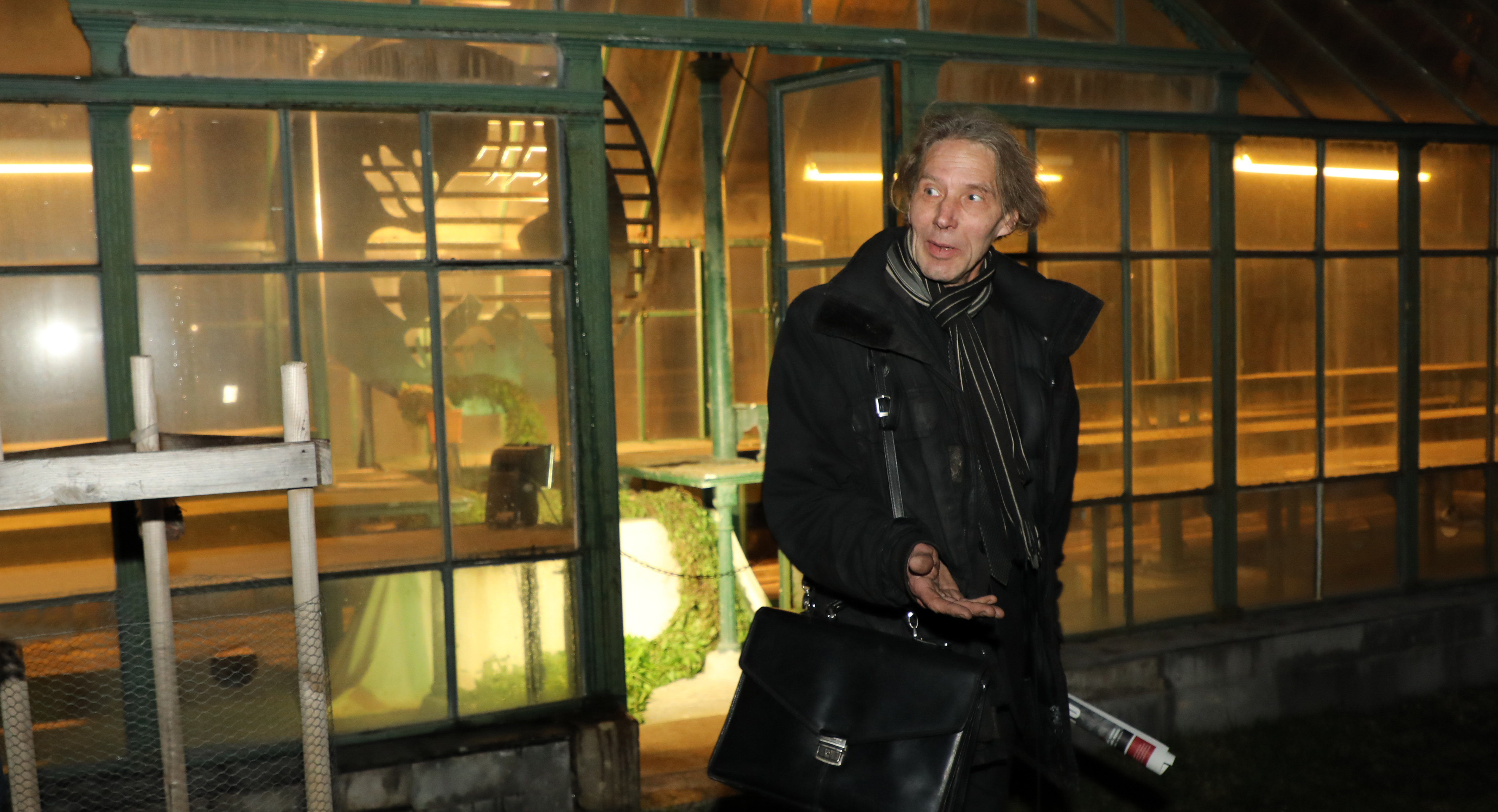 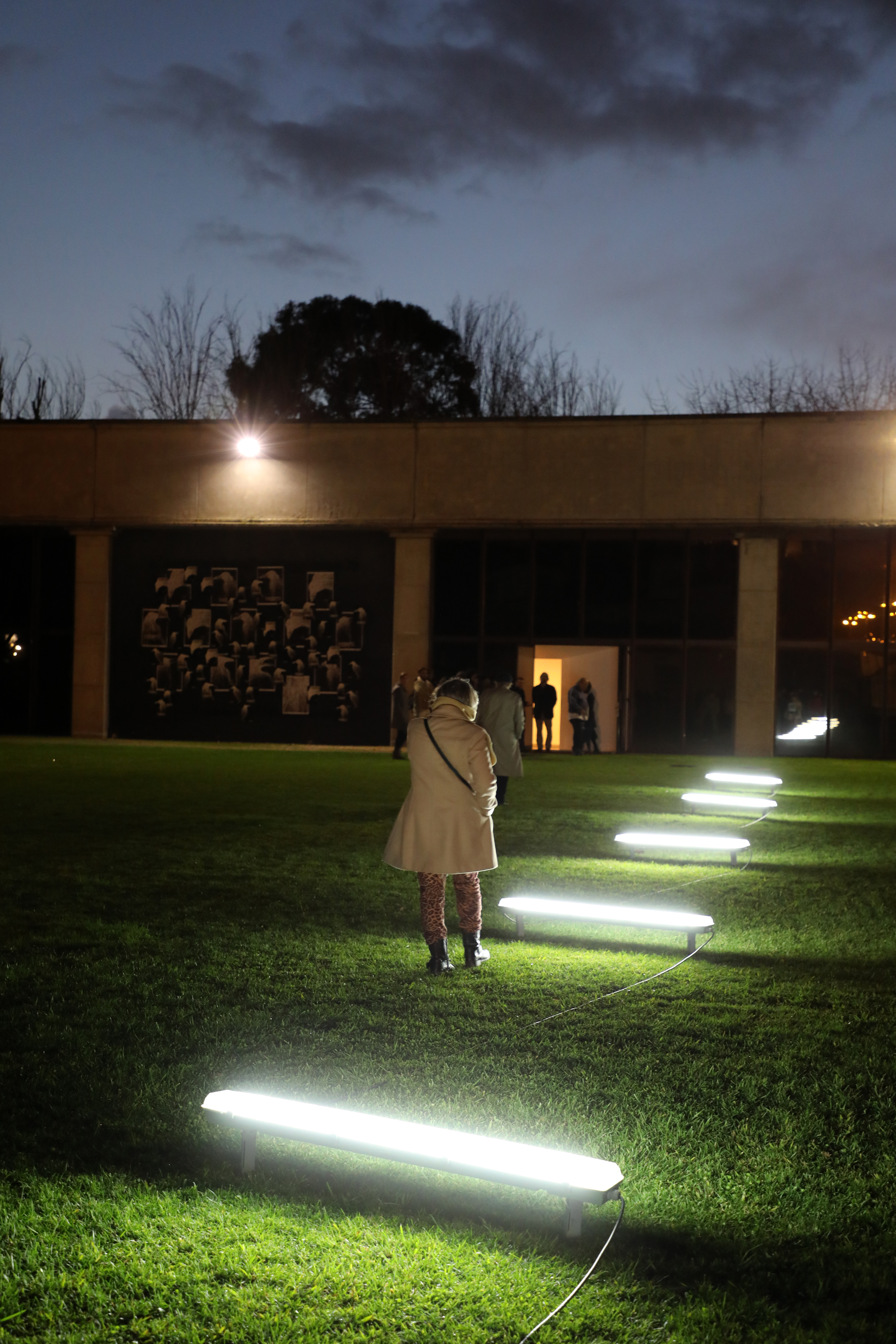 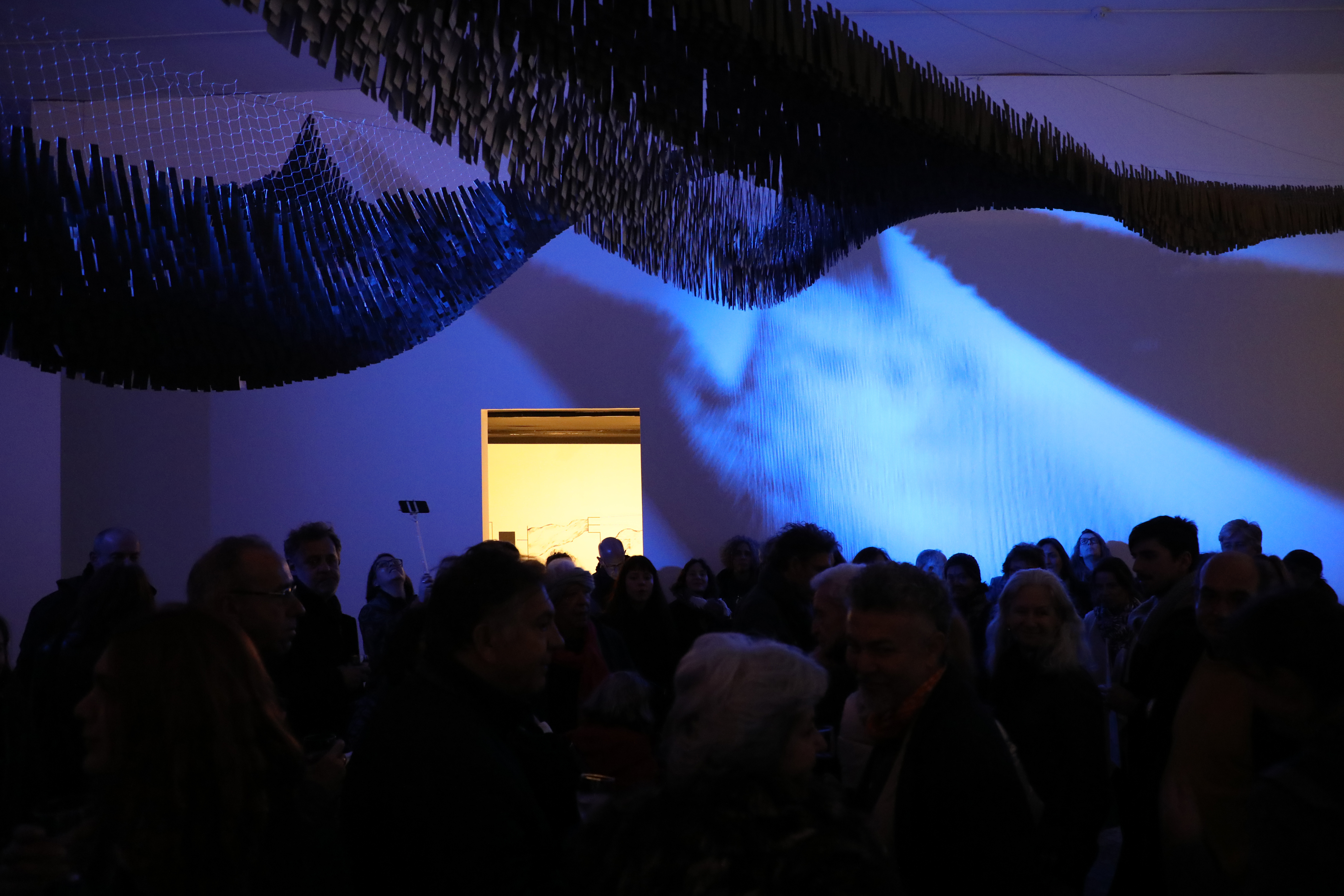 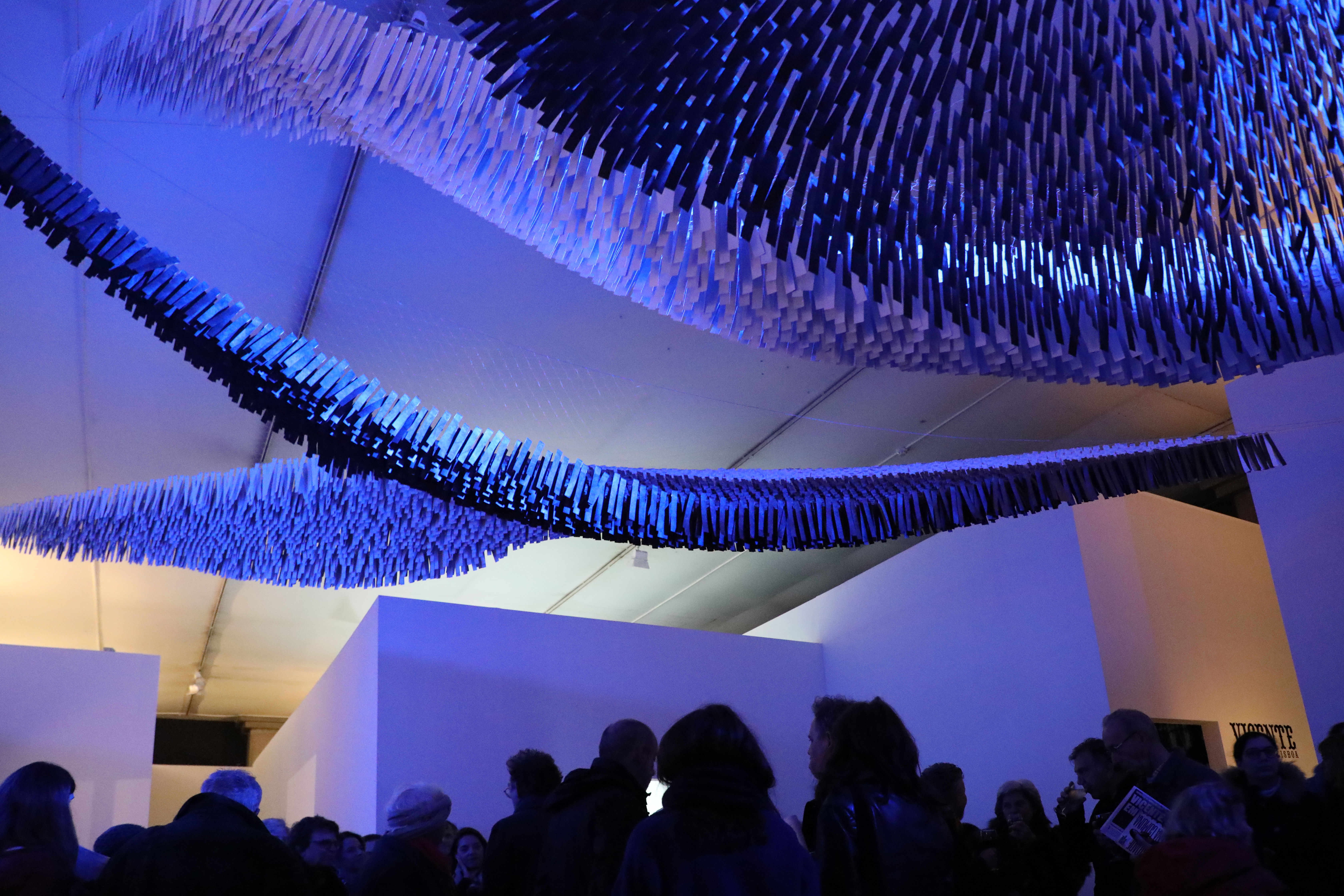 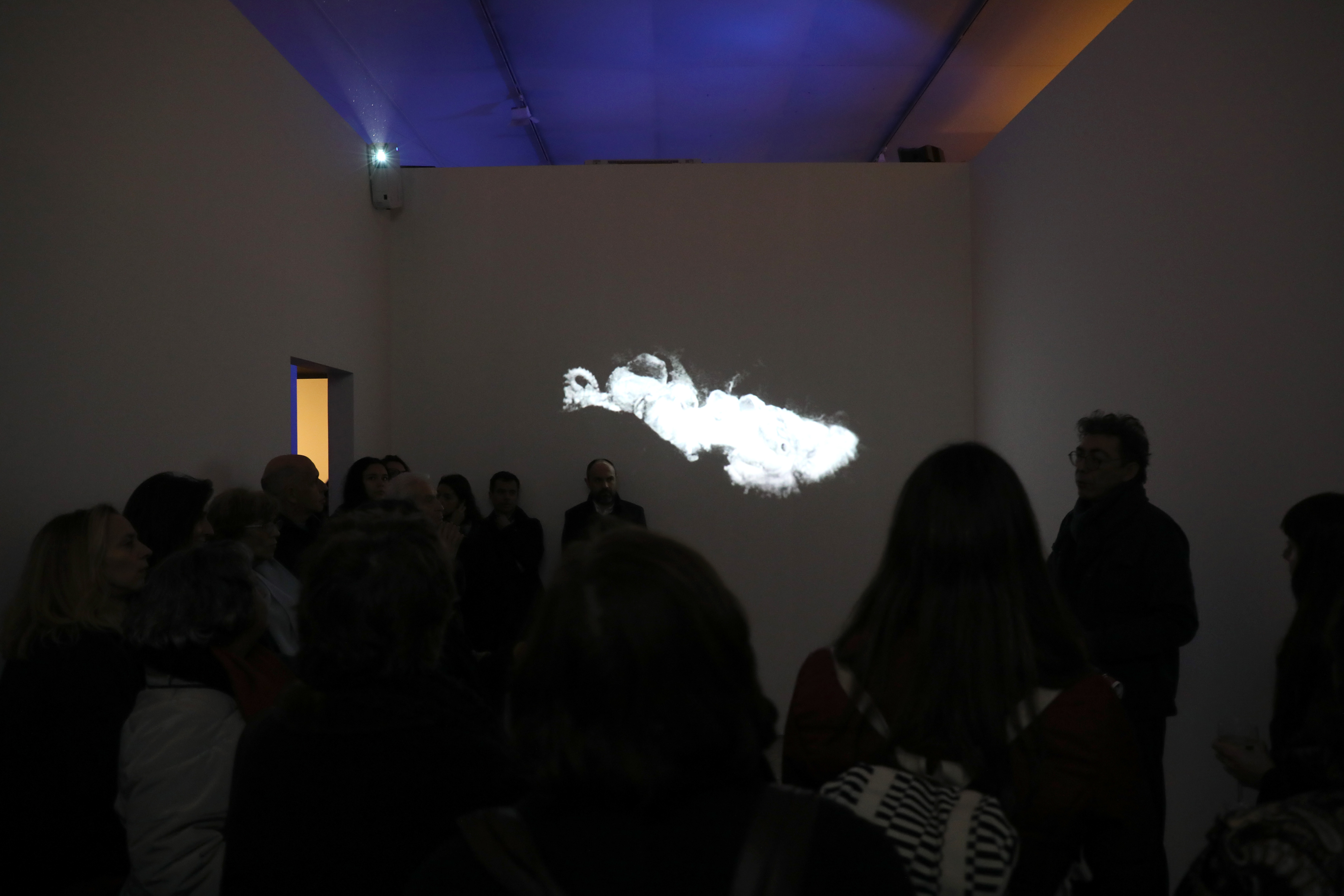 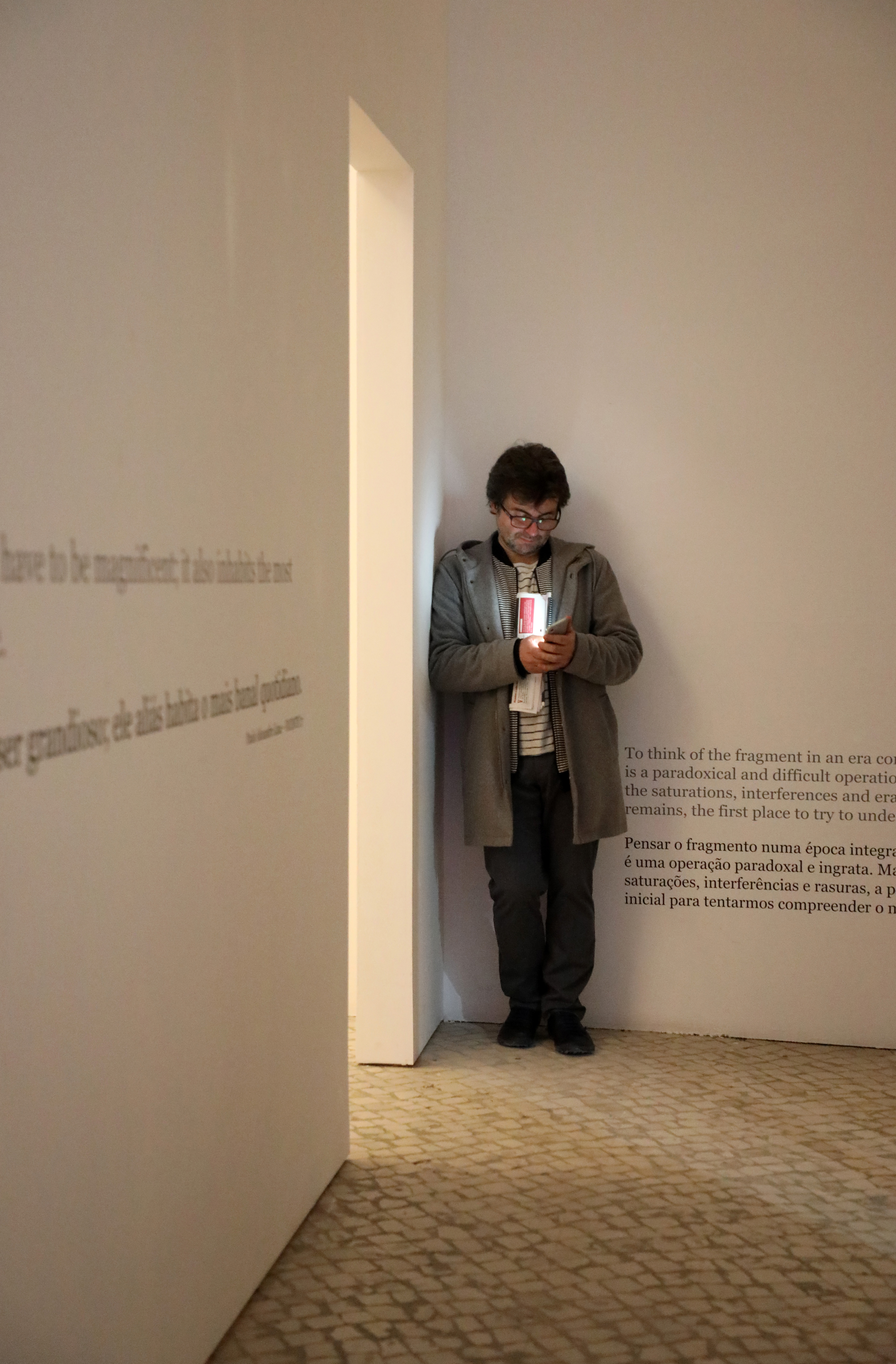 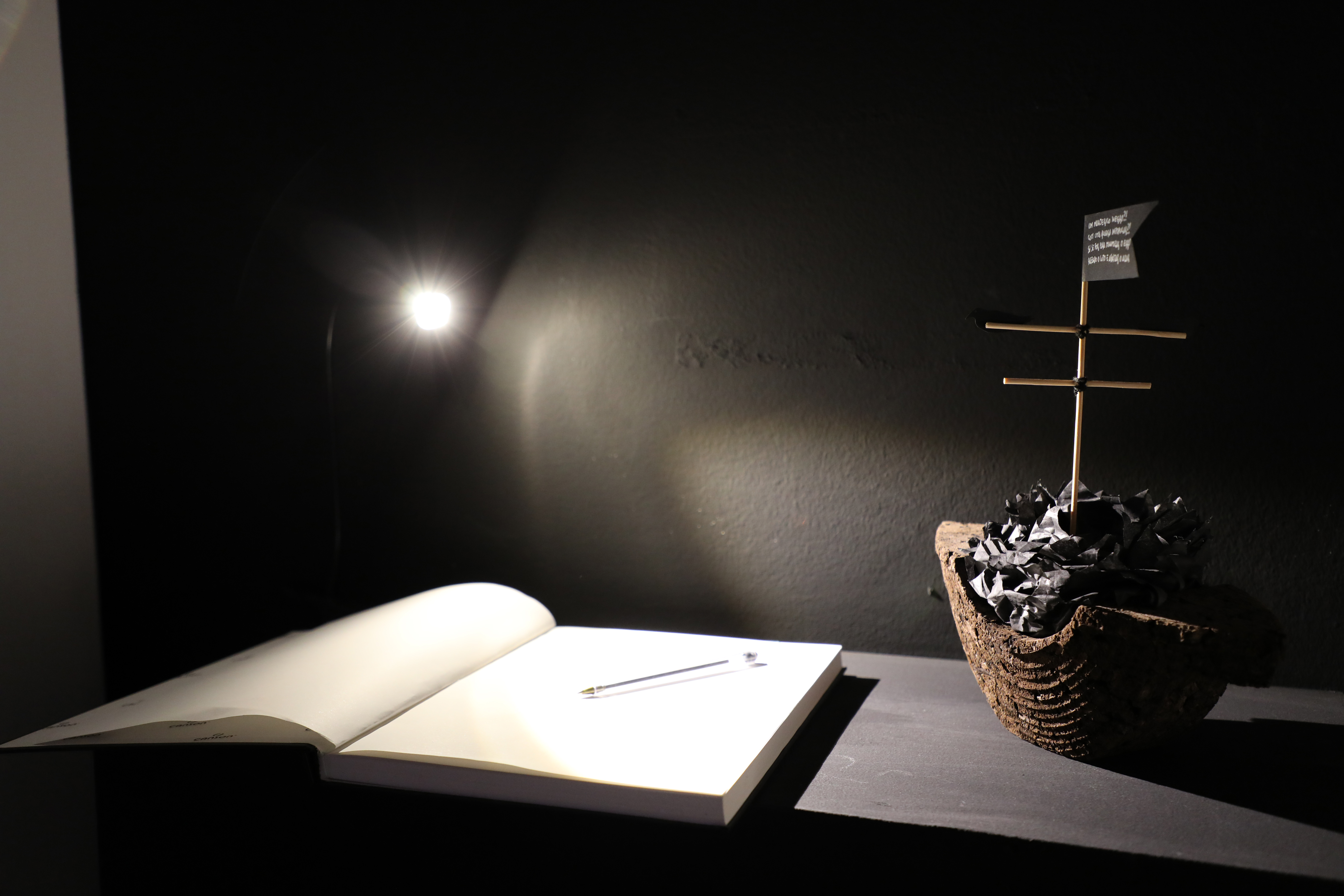 Councilor of the Culture Sector | Vereadora do Pelouro da Cultura

Chairman of the Board of Directors | Presidente do Conselho de Administração

ExhibitionVICENTE. THE MYTH IN LISBON

In situ installations | Instalações in situ